On this busy weekend, I’ve been getting a lot done. As well as the trailer  for Secret of the Shadow Beasts (see this post), I’ve finally managed to finish up my Teachers’ Guide for the book: 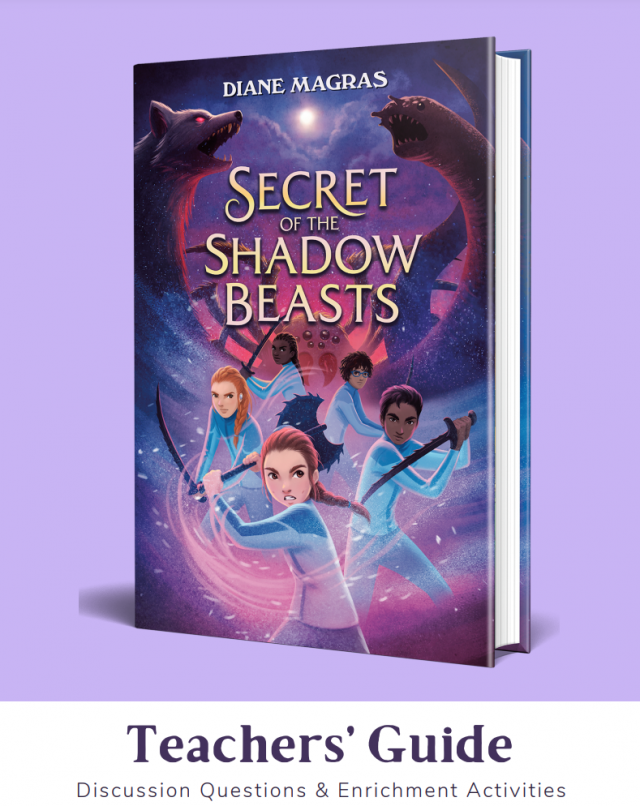 I decided to do something a bit different this time around. Secret of the Shadow Beasts is packed with themes—so many, in fact, that in the months running up to its publication date, I was often thinking about those themes and not the absolute fun of the book. I wanted to list those themes on paper, once and for all, in a productive way. It turns out that naming the biggest of those themes (Leadership, Environmentalism, and History) made for some fantastic discussion questions or writing prompts. And there was room for some fun themes (Books and Food) in there too. I had great fun posing questions for each one.

I also wanted to honor my son’s creation of Warriors of the Frozen Bog, the video game that features so prominently in Secret of the Shadow Beasts. I made that into a creative writing exercise, inspired in part by some incredible writing on gaming that I’ve seen from kids. The ugly-cute caps that feature in the book provided a place for a creative (and potentially quite wild) art exercise. And there’s even a recipe for a literal “taste” of what the characters eat!

This Teachers’ Guide has, I hope, enough weighty content to be useful in a rigorous classroom, but also enough relaxing and fun content too—rather like the book itself! I hope it’s useful in the classroom—traditional and homeschool too.