I’ve already revealed Secret of the Shadow Beasts‘s cover on Twitter and the wonderful MG Book Village, but what kind of author would I be if I didn’t reveal it here as well?

Here it is, with art by the incredible Vivienne To: 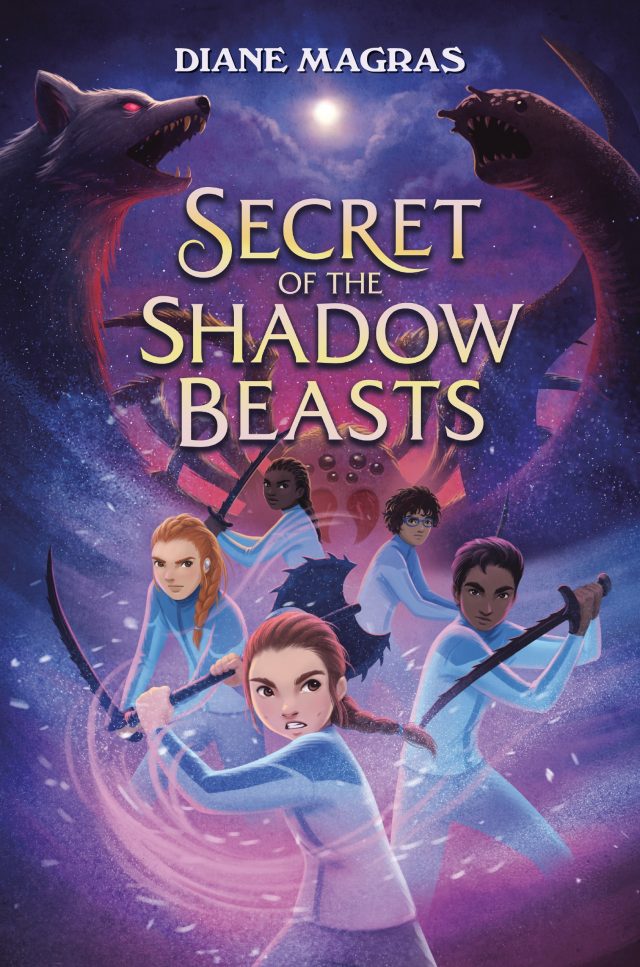 For fans of Dragon Pearl and the Lockwood & Co. series comes a swift-moving contemporary fantasy about a young girl tasked with destroying deadly shadow creatures.

In Brannland, terrifying beasts called Umbrae roam freely once the sun sets, so venomous that a single bite will kill a full-grown adult—and lately, with each day that passes, their population seems to double. The only people who can destroy them are immune children like Nora, who are recruited at the age of seven to leave their families behind and begin training at a retrofitted castle called Noye’s Hill. But despite her immunity, Nora’s father refused to let her go. Now, years after his death by Umbra attack, Nora is 12, and sees her mother almost killed by the monsters too. That’s when Nora decides it’s time to join the battle. Once she arrives at Noye’s Hill, though, she and her new friends are left with more questions than answers: Where are the Umbrae coming from? Could the government be covering up the true reason their population has whirled out of control? And was Nora’s father, the peaceful, big-hearted man who refused to let Nora fight, in on the treacherous secret?

If you want to learn more, Secret of the Shadow Beasts is the story of:

➢ brave kids: In particular, those immune kids, who are trained carefully before they’re given fancy weapons (the swords are based on a shamsir, a classic Iranian sword).

➢ steampunk castles: Well, to be honest, just one steampunk castle in this book (I have more in this world, but right now those are just in my head). And by “steampunk,” I mean a 500-year-old castle that was totally retrofitted in the 1960s as a secure anti-monster bunker with a ton of high-tech features.

➢ scary secrets: Can’t tell you any of those, their being secrets!

➢ history that matters: Because history always matters! It’s crucial to examine the stories of how we’ve reached where we are today, and to question those stories and think carefully about who’s told them.

But my first preorder link is up with the wonderful Print: A Bookstore. If you order it from here, I can even sign and personalize it for you!

One Response to “Cover Reveal: Secret of the Shadow Beasts!!”