I read many incredible middle grade books in 2020. Here’s my list of my very favorites from the first half of of last year. While I liked nearly everything I read, these rose to the top as stories I enjoyed tremendously, thought about long after, and could see many young readers picking up and having the same response. 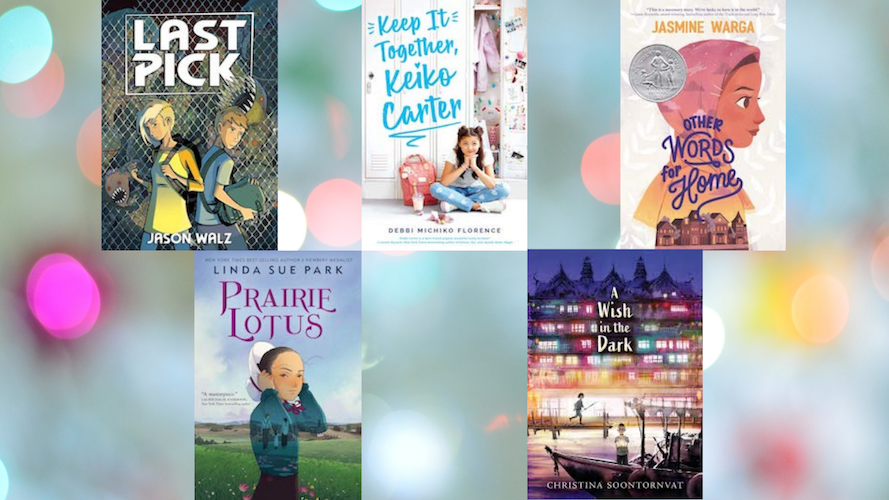 Last Pick by Jason Walz
This first in a graphic novel series about a dystopian society where aliens have invaded earth, taking all those they considered able-bodied (and leaving all those young and with disabilities behind), stars two siblings who were left behind. They’re starting a revolt against the aliens, but also finding value in the ways in which they differ from what aliens consider the perfect human.

Keep It Together, Keiko Carter by Debbi Michiko Florence
An incredible realistic fiction with a bubbly narrator who is trying so hard to keep her friends connected, take care of others, and be a good person while everything is changing around her. Keiko is an utterly engaging character whom readers will love to follow—and tries so hard to be understanding that, at first, she makes excuses for the micro-aggressions she endures, ones the readers will surely notice.

Other Words for Home by Jasmine Warga
I read a lot of books this year that dealt with immigrant experiences in the U.S. This novel in verse stood out for its depiction of Syrian life back at home as well as in the U.S. and the challenges of entering U.S. society as a new Syrian immigrant in a time when racism against Muslim-Americans is intense. Yet this is a sweet story as well—of family, fitting in, finding one’s place, and finding one’s home. This is a  truly beautiful novel.

Prairie Lotus by Linda Sue Park
If you follow me on Twitter, you’ve probably heard me rave about this marvelous answer to Little House on the Prairie. A half-Chinese girl and her white father enter Dakota Territory, where racist townsfolk, gender stereotypes, and hostile attitudes toward the native tribes make life especially challenging. It’s a sensitive depiction of frontier life and Hanna is an inspiring guide. This book is also about the importance of following your dreams.

A Wish in the Dark by Christina Soontornvat
A boy escapes from a prison community where he’s grown up, desperate for a new life, and a policeman’s daughter is after him, determined to save her father’s honor. There are clear shades of Jean Valjean and Javert in this exciting fantasy about the abuse of privilege, what a sticky beast “justice” can be, and the power of protest.