How many times have you been forced to do something that wasn’t a lot of fun and were told, “It’s good you did that! It builds character!”

I think this is pretty common, whether it’s going for a hike in the pouring rain, going camping when the ground is frozen, having to speak in front of a crowd and being ready to pass out or throw up…and while none of these things are necessarily fun in real life, they create fantastic problems for your characters.

When you’re writing fiction, one of the most important things you need to do with your story is ensure that your character has something very basic and human that causes problems. Call such things “challenges” if you like, or “conflicts,” but at their core, they’re problems that have the potential of making your character miserable.

Time for a picture: 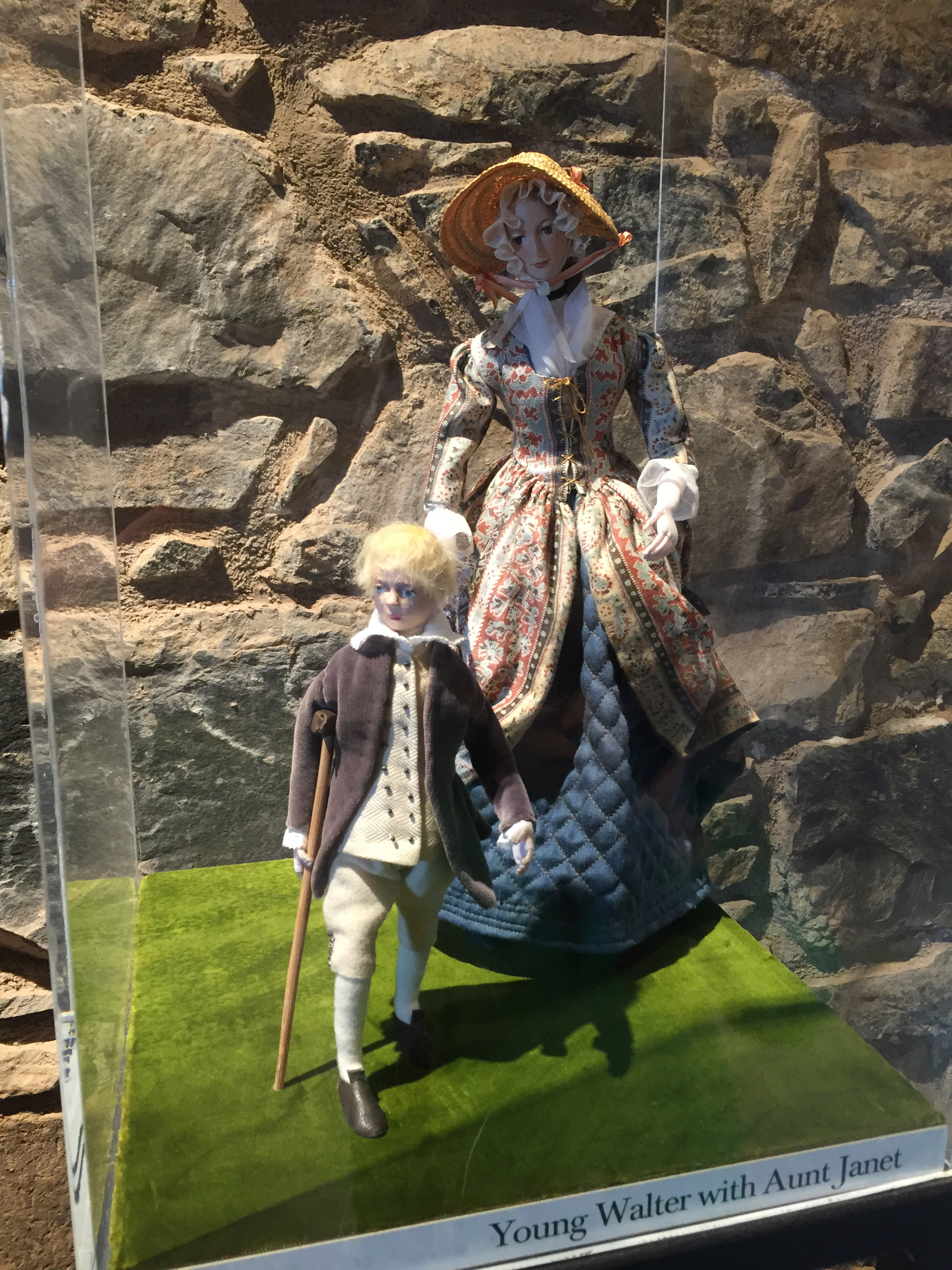 This is part of a display at Smailholm Tower, a wee castle on the Scottish Borders. This case shows a scene from the life of Sir Walter Scott, the Scottish novelist who popularized the genre of historical fiction. He visited this region as a child. Photo: Diane Magras

Here’s a model of Sir Walter Scott as a boy when he was visiting his grandfather’s farm, back in the early 1800s. Young Walter had been quite ill, and the thought was that he’d feel better being in the fresh air of the Borders, and well outside of Edinburgh (cities during that time had pretty foul air). I read that young Walter got tired easily and had trouble getting around. I’m going to imagine a bit more: Perhaps he couldn’t eat a lot without getting sick, and so he was pretty weak. And perhaps one day his Aunt Janet went for a walk with him and forgot him on the hillside when she drifted off to meet a friend. There he was, sick, needing a crutch to get around, faced with the task of having to get back to his grandfather’s farm on his own. And then it started to rain.

Does this build character? It creates drama and tension. And loading the problems upon poor young Walter will show a lot about the kind of person he was.

Will he curl up on the ground and wait for someone to come looking for him? Will he try to get back to the farm? If he tries, does he walk carefully—and does he get soaked and even more sick as a result?—or does he try to rush back—and does he fall down and get badly hurt?

Write about either young Walter or a character of your choice. Put that character into a situation, and think of how to make their life difficult.

Your story bite should be a paragraph to a page, describing your character’s situation, then an action, and then a reaction—what your character does in response to the action.

I’ve seen in some of my recent school visits that writing a paragraph can be hard, so I’ll let you in on a trick that a lot of professional writers use: Try drawing this scene instead: as a comic, a single panel, or something else. (Stick figures can do a lot!)

When you finish, ask yourself: Has lobbing problems at your character helped you build them?