At a school talk I gave last month, I asked students to tell me their thorniest writing problems. What made writing hard for them? Was there anything I could do to help? One student told me that she loved writing but always had trouble starting: She struggled to find what to write about. She had a poetry unit coming up, and wanted to be able to launch right into it.

My last story bite was on how to write that very first line, or few lines, of your work. In this story bite, we’re going to step back for the student who asked me that question and for any others who look at a blank page during Writing Workshop and feel completely helpless. We’re going to talk about how to find your first idea.

Here’s a pic to help us all relax: a library, a place full of the potential for ideas. 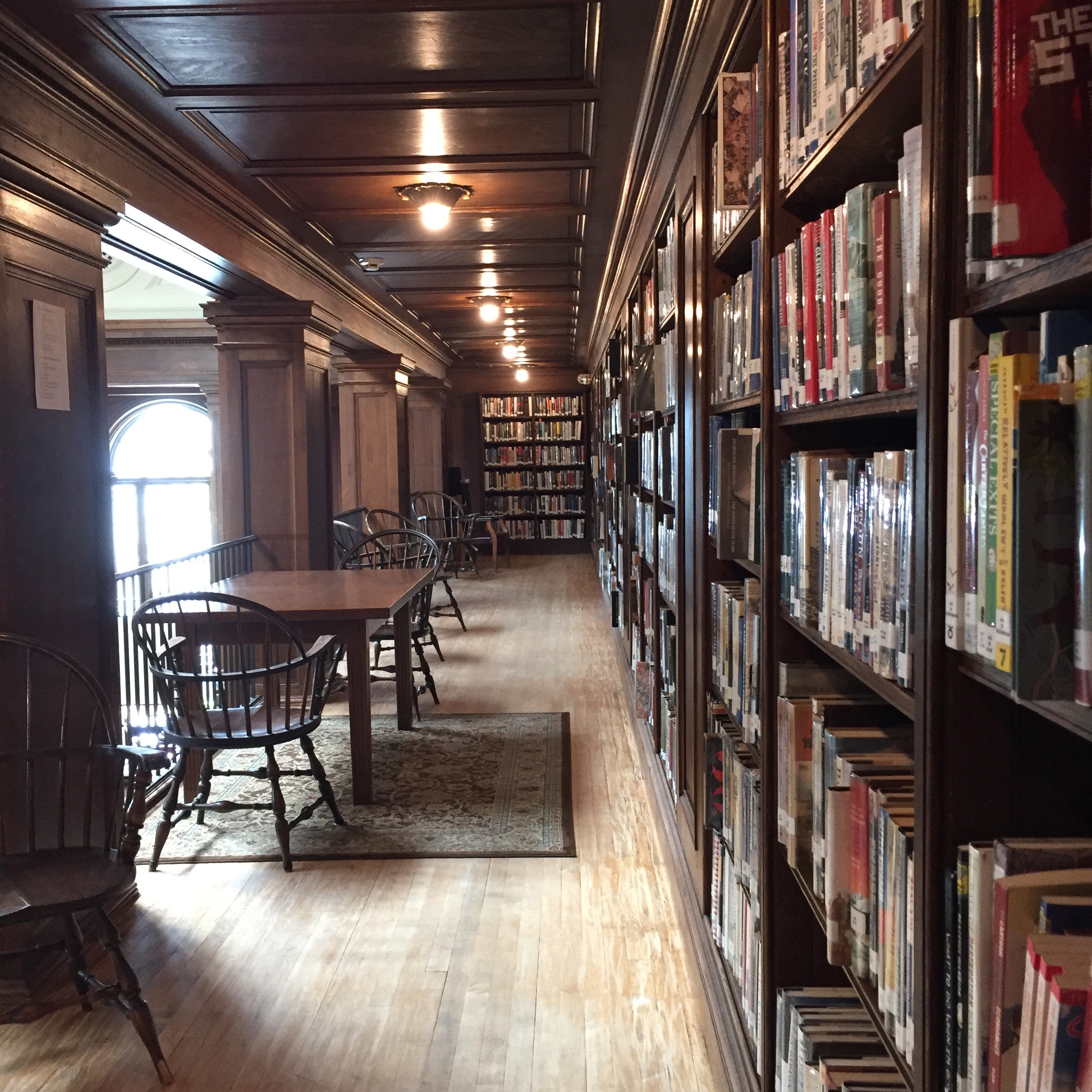 This is one of the balconies at the Jesup Memorial Library, Bar Harbor, Maine, a place where I conjured ideas—and the beginnings of several novels— as a tween and teen writer. credit: Diane Magras

An idea needs to interest you most of all. Yes, you’re writing for readers (usually), especially if you’re doing writing for school. But when you’re starting, march into your velvet throne room, close the door, and take your bejeweled royal seat. You’re the one who matters most at this moment. Forget the others.

One: The Stream-of-Consciousness Technique

Open your eyes. What’s the first thing you were thinking about?

There are potential ideas in every one of these.

For the first, start with a description of what you saw in the game the last time you played (or your skin and armor). And then say what’s going to happen. Tell the story of your game. And tell it like a story. (For instance: “NightMage23’s diamond sword broke just as the zombies swarmed upon her. There were spiders and husks coming closer. Skeletons were shooting in the distance. She had only three hearts left. It was just a game, but NightMage23’s heart was pounding. Not just a game. ‘Anna! Dinner!’ called Dad from downstairs. That’s not my name, NightMage23 thought, and quickly switched her diamond sword to a lava bucket and watch the gelatinous bright orange lava flow out around her character, boiling the zombies. It was a good thing she was wearing fire-resistant diamond armor.”)

Use a similar technique for one of the others thoughts: Describe something that’s going on right then, link it to how you’re feeling, and then let your mind wander and write whatever comes to mind. (For example: “I picked up a pencil, then put it back down. I had no idea what to write. My friend wasn’t talking to me, and I wasn’t about to write that. But what if I wrote about him as a three-headed snake sitting in his chair, and suddenly everyone noticed that he was a giant green snake and not a kid? Okay. So he’s a giant three-headed snake with venom dripping from his fangs. And he had no idea, until people began looking at him strangely.”)

For something like sleeping, describe what it feels like to be in your bed. Do you have more than one pillow, and is your pillow or are your pillows soft or firm? Do you have blankets or a comforter or both? Does everything mound around you in bed? Do you feel warm? Comforted? As if you’re in a den? As if you’re protected from all the world? Now think of something that could interrupt your sleep, and what you do, and how you feel. (An example: “I’m in bed. My bed has four pillows, and they’re soft. It also has two blankets and a quilt, and they’re warm. I feel safe and sleepy, and I’m about to drift off…when I hear something at the window. A tapping. It’s dark out. I don’t know who—or what—it could be. Should I  get out of bed to find out? Or should I wait here mounded in all my blankets? I grab my gecko flashlight with the mouth that opens and pinches, and start to get up. I’m pretty angry at whatever that is tapping at the window because I want to sleep.”)

For the stream-of-consciousness technique, let your mind wander and write whatever you’re thinking. Know that you can go back and cut, add to, or change it. Just get the idea out. Sometimes you’ll have a writing prompt to start with. Think beyond the obvious. (One prompt that my son had earlier this year was “Write about something exciting that happened to you.” He wrote about going for a walk and seeing a porcupine in his path, and how he had to decide: to go on and try to avoid the porcupine, or turn around. I loved the way he described his feelings—and also the porcupine itself, its quills and its nose—in this piece.)

When I’m about to start writing a scene, I ask myself: Where am I? (Or, rather, where are my characters?) I need to know the setting, the time of day, and the weather to start. But sometimes I start with an image, and I weave characters and stories from that. Here are two options for you to consider. 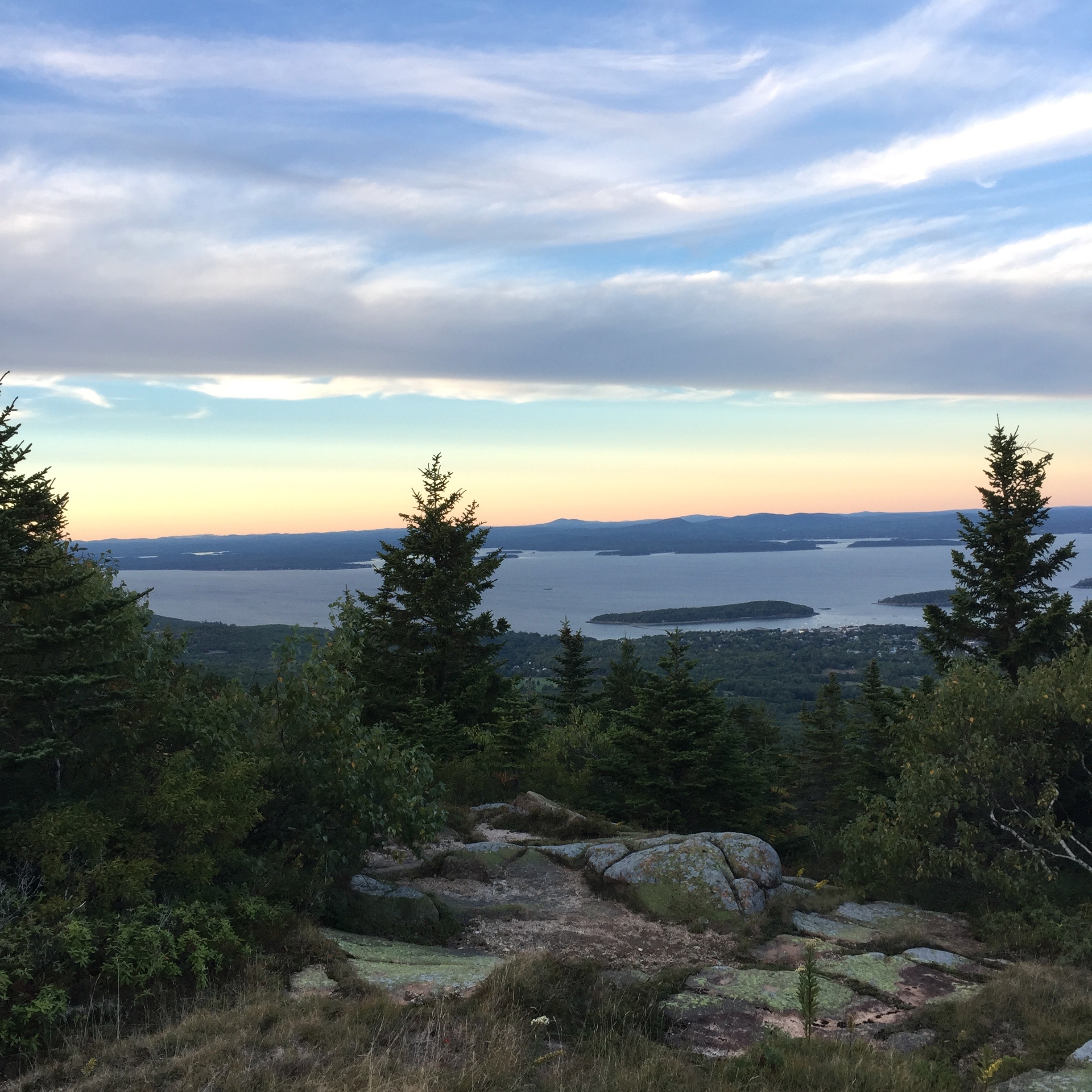 The top of a mountain can be an isolated place. Any part of nature can prompt that feeling too. When you have a picture of nature to start with, ask yourself how it feels to be there: Lonely? Cold? Hot? Happy? Scary? Give yourself permission to imagine how bad things could be. Or how beautiful.

You know how you feel. Now who is your character? Someone who’s climbed the mountain and has paused, exhausted, to look out at the view? (Is it a kid? Was the kid dragged along by a parent? How does the kid feel? Happy after being reluctant for the hike? Resentful and hungry and tired?) Is it a kid who’s wandered away from their family, seeking a moment of quiet? (What is their family like? Is someone unkind to them? Smothering? Just too loud? What does the quiet mean?) Is the character a villain with an nefarious plan, and this is a view they’re looking at before they go off to do their deed? (Is this peace important to help the villain ground themselves before they do something unkind? Is there something in this scene that’s part of the villain’s plan? What’s about to happen, and how is the villain thinking about it?)

Nature is full of potential ideas.

Here’s another picture to spark a different kind of idea: 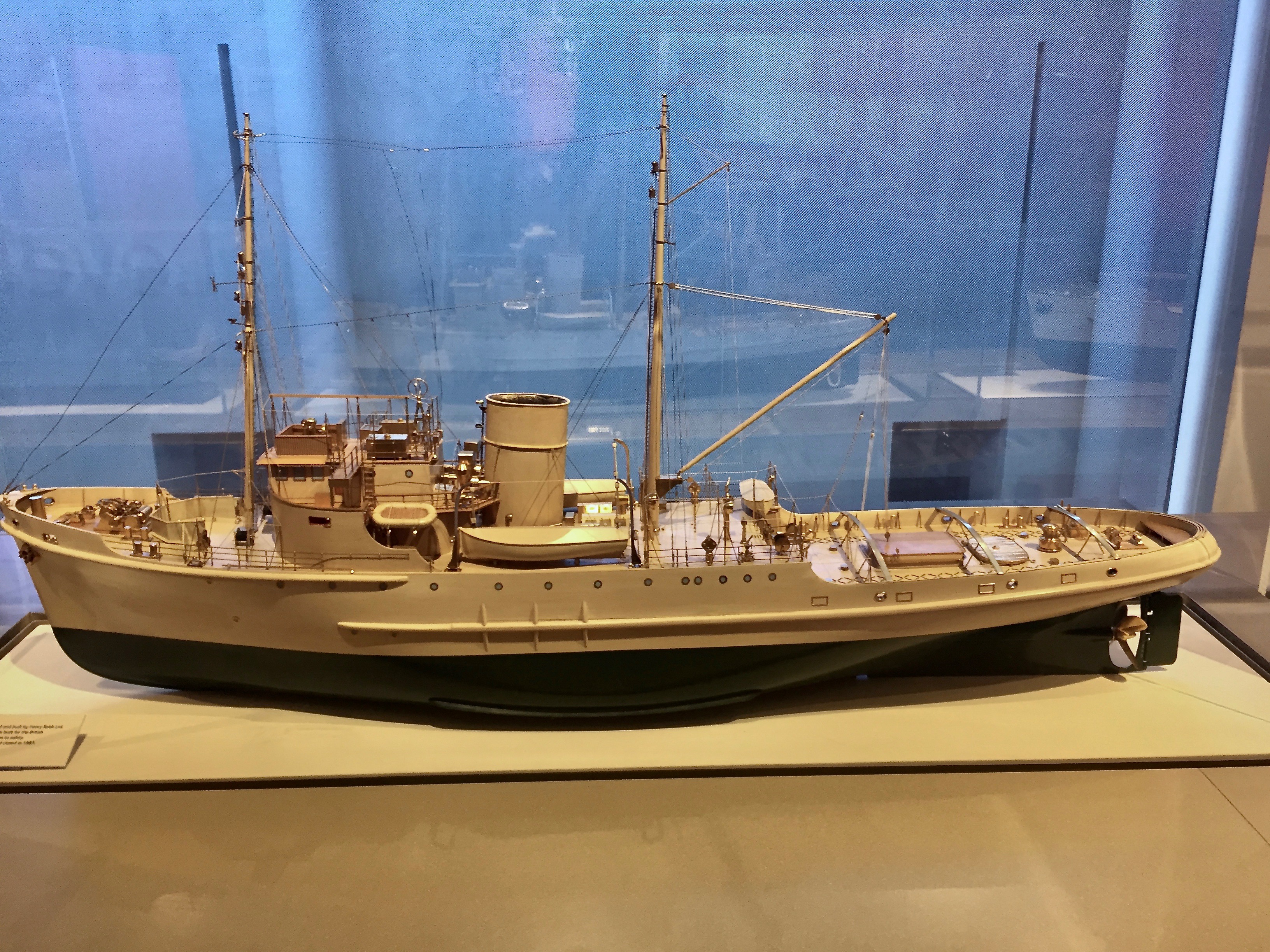 This is a model of a salvage tug named Bustler. The original ship was built in 1942 in Leith, Scotland, by Henry Robb Ltd. This model is at the National Museum of Scotland in Edinburgh. credit: Diane Magras

A salvage tug’s purpose provides an instant story: It’s a military boat that tows damaged ships, rescuing them in situations of war. Bustler was built in 1942, which would put its use directly during WWII.

Picture how this boat might have been used. What was the captain thinking, motoring out to rescue a ship? What about a young person working on the tug? Were they scared? Were they focusing? Were they worried about not finding the ship? What did they think when they found the ship that needed help? What did it look like? Was it sinking, with the water churning, slick with oil around them? Did Bustler put down its rescue boats for people in the water?

When you look at a picture to give yourself an idea, ask yourself these questions: Who is in this picture, and why are they there? What are they feeling in general? What is making them uncomfortable? That should start an idea, and, with any luck, you can fill in your idea with description and more ideas will follow.

One Response to “Story Bite 10: On Finding Your Idea”