Happy New Year! For this story bite at the start of the year, we’re going to talk about one of the most important—and the most challenging—aspects of writing creative fiction or nonfiction: the beginning.

Here’s a pic to start us off: my cat Flora, who is beginning (LOL) to fall asleep. 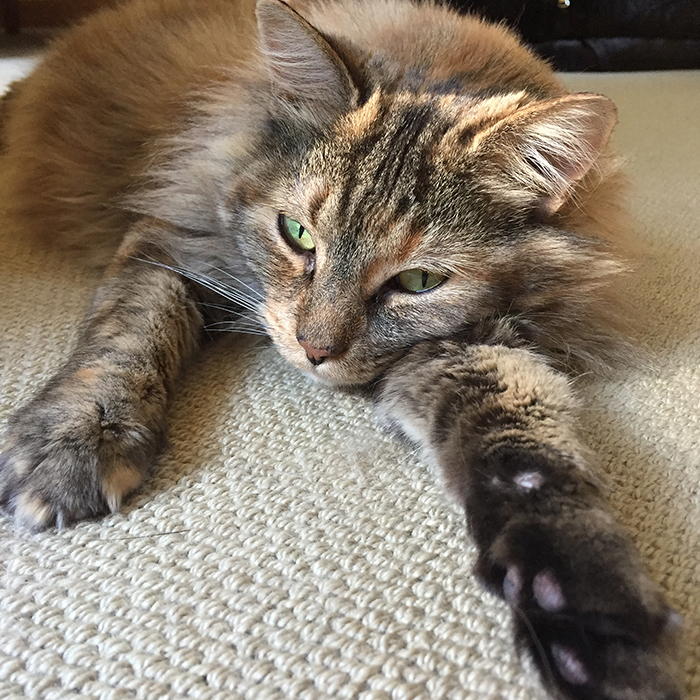 Beginnings need to hook your reader. They also need to introduce your characters and world (for fiction) or topic (for nonfiction) and, for both, the mood of your piece. Beginnings lead the writer down a pleasant path, or a rocky and challenging one. Raise your hand if you’ve written a first sentence and then been stuck, unable to write the next sentence. I suspect that every published author (myself included) has been there more than once.

So it’s crucial to write a beginning that will engage you, the writer, as much as the reader. It needs to post questions, introduce a conflict, or just be plain fun.

For this story bite, we’ll work on beginning a piece of fiction using character.

Let’s start with some questions.

Do you know who your character is and what they’re up to?

If so, skip down below the pic.

If not, pick a character and a conflict:

I. Flora the cat (pictured above) who is a) plotting to steal a pen from this author’s desk, b) worried that someone is about to start vacuuming, or c) wondering why her family is in Scotland while she’s at home with the cat-sitter.

II. The stone unicorn (pictured below) in the fountain at Linlithgow Palace (Linlithgow, Scotland), who is a) trying to pick the right moment to burst out of its stone after hundreds of years of imprisonment, b) angry at having been turned into stone only yesterday by a cruel fairy and is plotting its revenge, or c) in love with an umbrella and trying to figure out how to express its affection the next time the umbrella and its owner draw near. 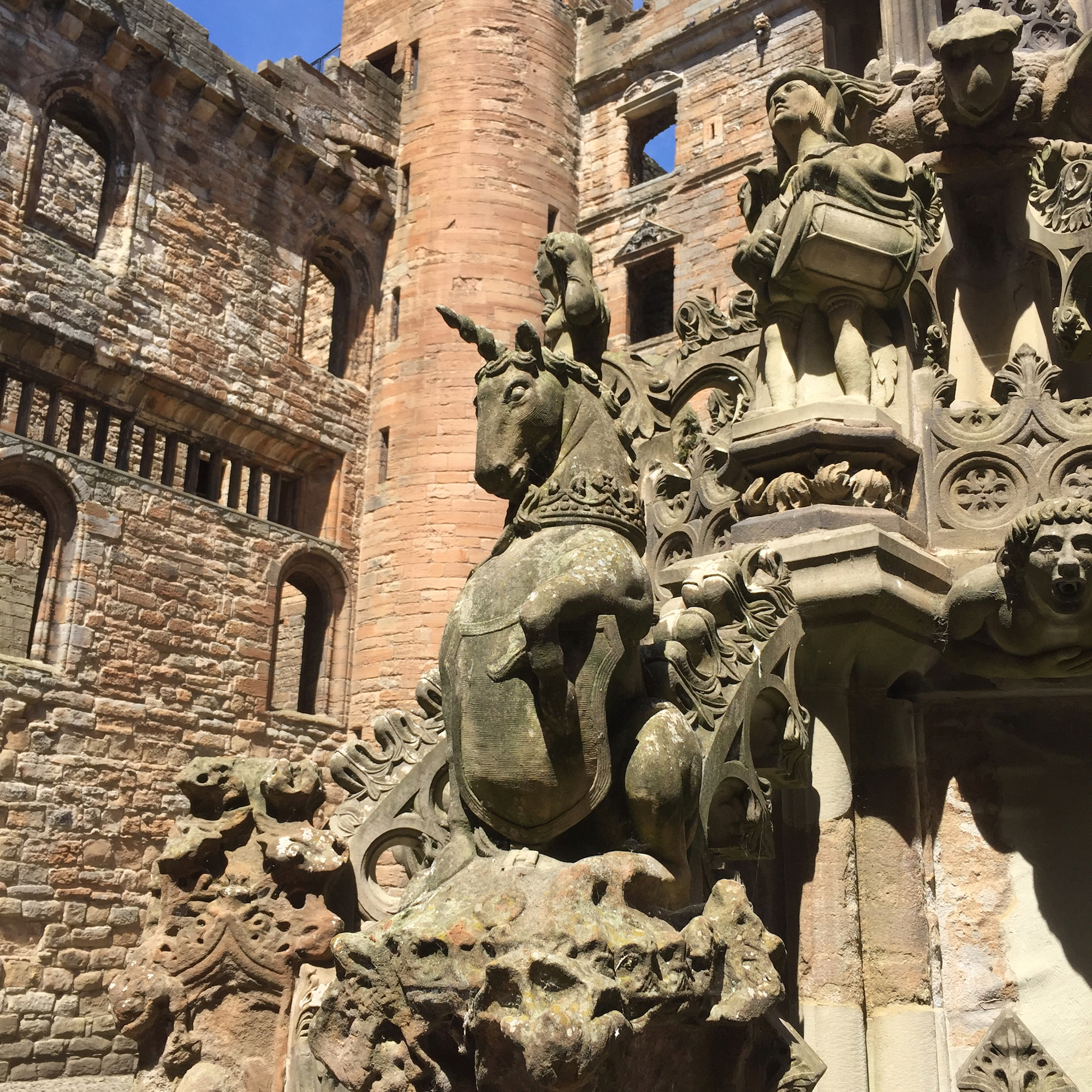 Do you have your character and your conflict. Then ask yourself these questions:

What does your character feel physically?

Sun on their nose?

Carpet or stone or something else beneath their feet or around it? (For the statue, does it feel the stone that it’s made of?)

Write down your answer.

(If it helps, write it down like this: “The [whatever your character is: cat, statue, alien, kid] felt [what: sun, cold, rain, snow; stone, carpet, wood] beneath/upon/around him/her/them/it…” So, for example, “The stone unicorn felt sun upon its face…”)

Now, what does your character feel emotionally?

Anger? Eagerness? Fear? Pick a strong, tense emotion; starting a story with sleepiness or boredom might bore you and your reader.

(And if you want a structure, try this: “…a [pick one: swell, rush, wave, tower, pool, whirl] of [emotion: fury, eagerness, terror, sorrow] [pick one: rose, sank, consumed, lit…or come up with your own verb]” and for my example: “…a swell of sorrow consumed it…”).

Now combine the two in one sentence.

For my example: “The stone unicorn felt sun upon its face, though a swell of sorrow consumed it.”

Can you think of a sentence to follow? Why is your character feeling the way they’re feeling?

Continuing my example: “The stone unicorn felt sun upon its face, though a swell of sorrow consumed it. The green plaid umbrella was on the other side of the courtyard, and might not be coming back. But if it did, the unicorn would confess its love. Only if it could speak.”

How did that feel? Did your first sentence give you ideas of what to write next? If not, consider rewriting your first sentence. Switch around what your character is feeling (emotion first, then physical, or even cut one and write more about the other). Or move around some of the other text you wrote. I might, for instance, change mine to:

“The green plaid umbrella was on the other side of the courtyard, almost out of sight. Please, my darling, thought the stone unicorn, don’t disappear. The unicorn couldn’t move its head, though it tried. And so it waited, the sun burning upon its stone face and horn, sorrow swelling in its heart.”

If you end up rewriting your beginning, know that you’re following a proud tradition of authors everywhere! I rewrote the first line of The Mad Wolf’s Daughter at least twice for each draft (and there were five drafts). Give yourself time, be patient with yourself, and try to have fun.

I hope this was helpful. I’ll offer other ways to begin a story or a piece of nonfiction in future posts.

One Response to “Story Bite #9: On Character-Driven Beginnings”