If you follow me social media, you’ve probably heard that the threat of snow cancelled my launch party. (That’s part of living in Maine; we get one last burst of winter in March just about every year.) I have another appearance in Portland the following week, so I’m turning that into my launch party. But it was very disappointing to have the original one cancelled. Being the obsessive planner I am, I’d planned it for months as a celebration not just for me but for my community, and there were many surprises on hand for my beloved local audience.

There was also a surprise on hand for me, which my husband gave to me shortly after the cancellation had been announced. He gave this to me in our living room with the formal remarks that would have accompanied it had I received it on stage as intended. 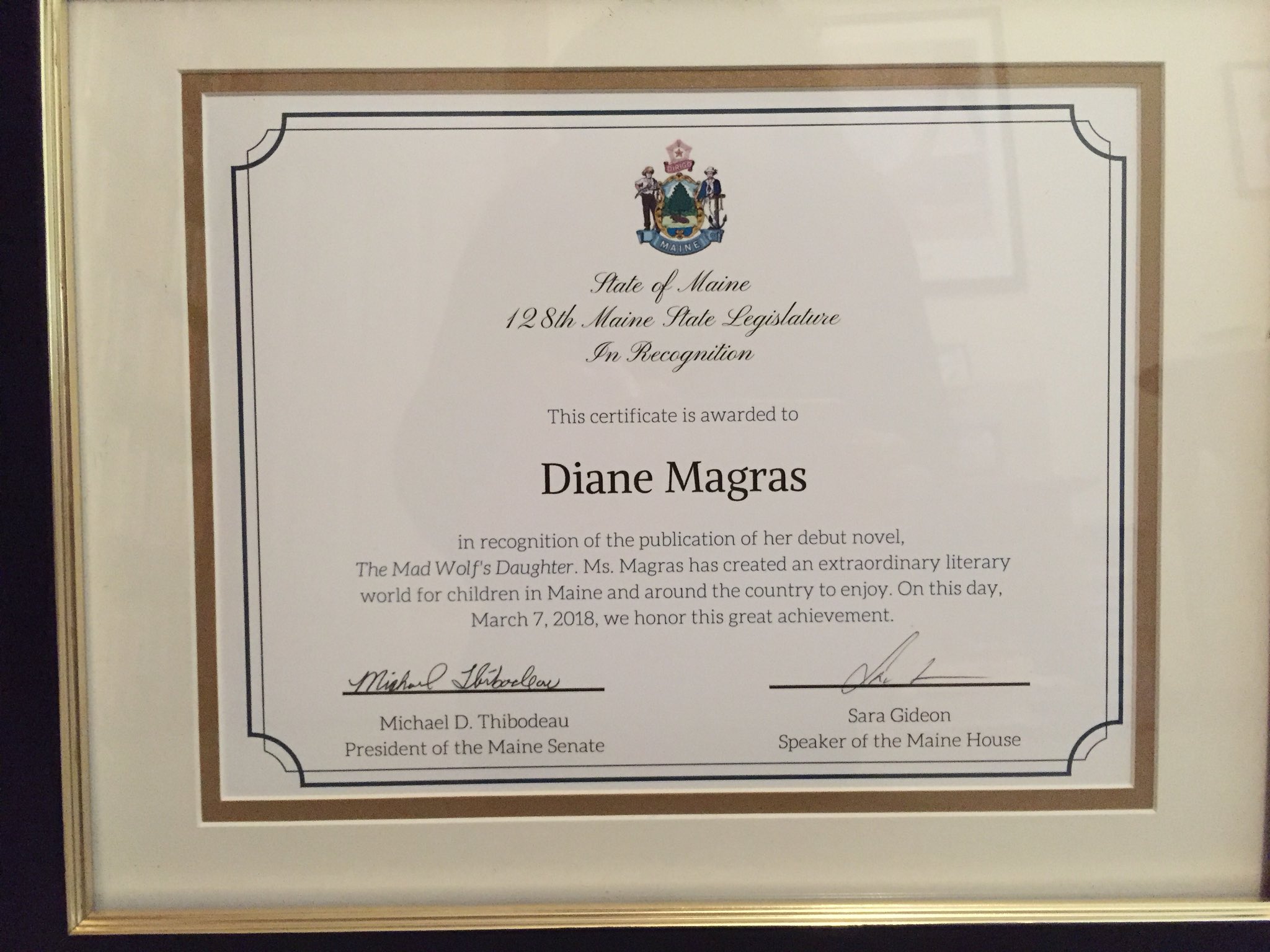 As I said on social media, I love my home state.

One Response to “A Launch Party Surprise”